Atlantoss is a dual-type Water/Dark Pokémon. It evolves from Hydrocturn when exposed to a Legend Stone. It is the final form of Tadish.

Atlantoss will often claim a vast area of seabed as its territory. It will fight off any intruder. 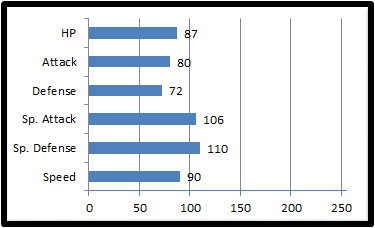