Furrior is a dual-type Rock/Fighting Fossil Pokémon. It is resurrected from a Nail Fossil and evolves into Klawroth starting at level 40.

This Pokémon became extinct long ago. They take great pride in their sharp claws. 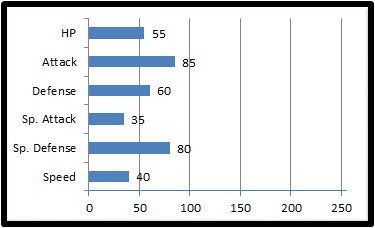 Retrieved from "https://fakemonfirered.fandom.com/wiki/Furrior?oldid=4414"
Community content is available under CC-BY-SA unless otherwise noted.