Kenta is a Fighting-type Pokémon. It is not known to evolve from or into any other Pokémon.

They are quick to frustration, if they find themselves having trouble with an opponent. 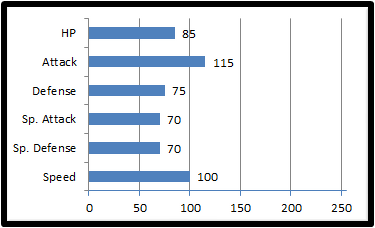 Retrieved from "https://fakemonfirered.fandom.com/wiki/Kenta?oldid=4385"
Community content is available under CC-BY-SA unless otherwise noted.