Mardataunt is a Dark-type Pokémon. It evolves from Minka when leveled up during the night, starting at level 46.

While its trust can be earned, it will attack anyone and anything it considers prey without hesitation. 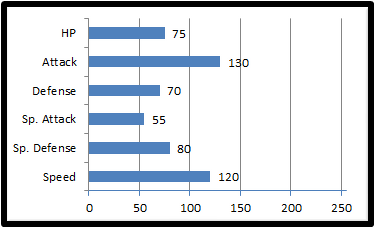 Retrieved from "https://fakemonfirered.fandom.com/wiki/Mardataunt?oldid=4459"
Community content is available under CC-BY-SA unless otherwise noted.