Minka is a Dark-type Pokémon. It evolves into Mardataunt when leveled up during the night, starting at level 46.

Some people like to keep them as pets, even though they are typically unruly and destructive. 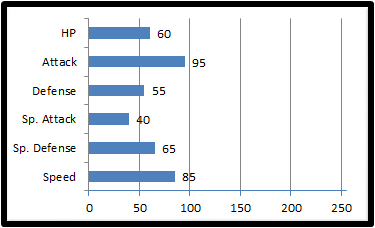 Retrieved from "https://fakemonfirered.fandom.com/wiki/Minka?oldid=4458"
Community content is available under CC-BY-SA unless otherwise noted.