Sailight is a dual-type Water/Fairy Pokémon. It evolves from Sarine when leveled up while holding a Heart Scale during the daytime.

Sailors often bring them along on long treks across the ocean. They are widely regarded as a good omen. 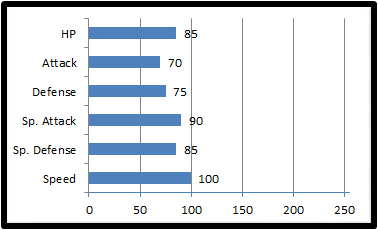 Retrieved from "https://fakemonfirered.fandom.com/wiki/Sailight?oldid=4464"
Community content is available under CC-BY-SA unless otherwise noted.