Visille is a dual-type Water/Psychic Pokémon. While it is not known to evolve from or into any other Pokémon, it has 28 different forms, each with a different braille pattern represented.

Visille are blind and rely on their psychic powers to sense their surroundings. 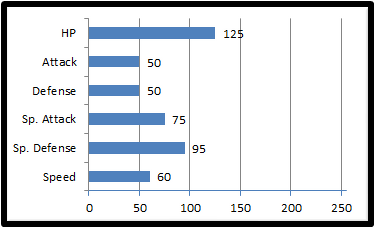 Retrieved from "https://fakemonfirered.fandom.com/wiki/Visille?oldid=4435"
Community content is available under CC-BY-SA unless otherwise noted.